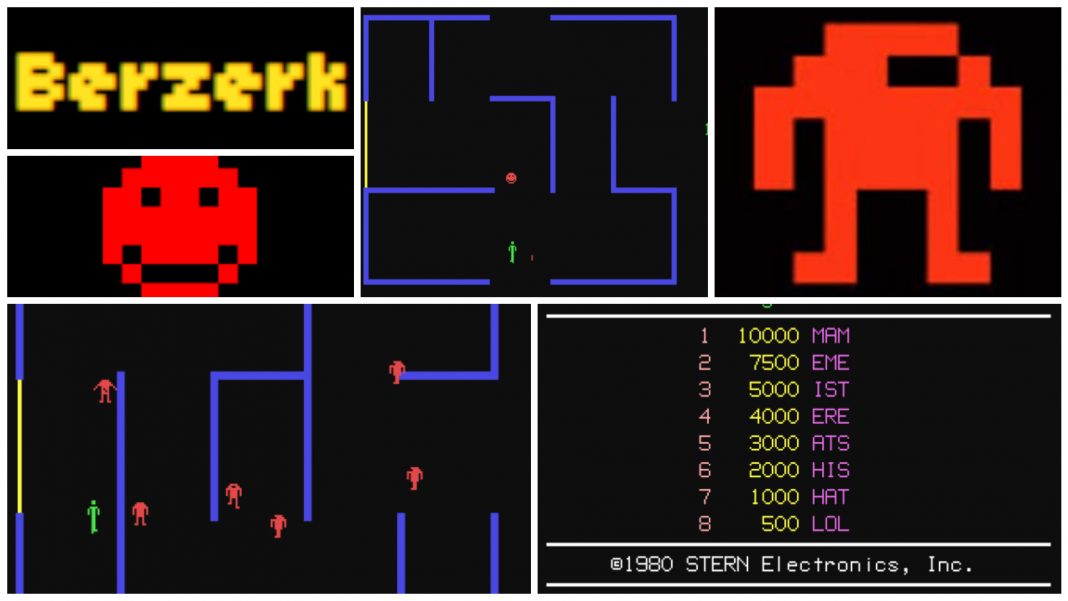 There’s a new C64 release of the Stern Electronics arcade classic Berzerk from Arlasoft and I think it’s a pretty good conversion. The mazes are accurately laid out like its arcade cousin and the voice audio is pretty good as well. The game is currently available in PAL format as a .d64 via a ‘name your own price’ download Aralsoft’s website.

The copy I’m demonstrating here is running from an Ultimate II+. I have the C64 connected to a Dell monitor via a custom S-Video cable. The controls handle well and as you can see from the poorly cropped Instagram video I’ve enclosed and the graphics are excellent. The one difference you will notice is that the arcade version of the game posts the scores at the bottom of the screen and in this version the score is kept on the right side. It’s been stated in some other places that the digital voice audio sounds better when played through the VICE emulator however I couldn’t determine any difference between it and the actual C64. I definitely do think the graphics were better on the C64 though.

If you like arcade classics you can’t go wrong with either.