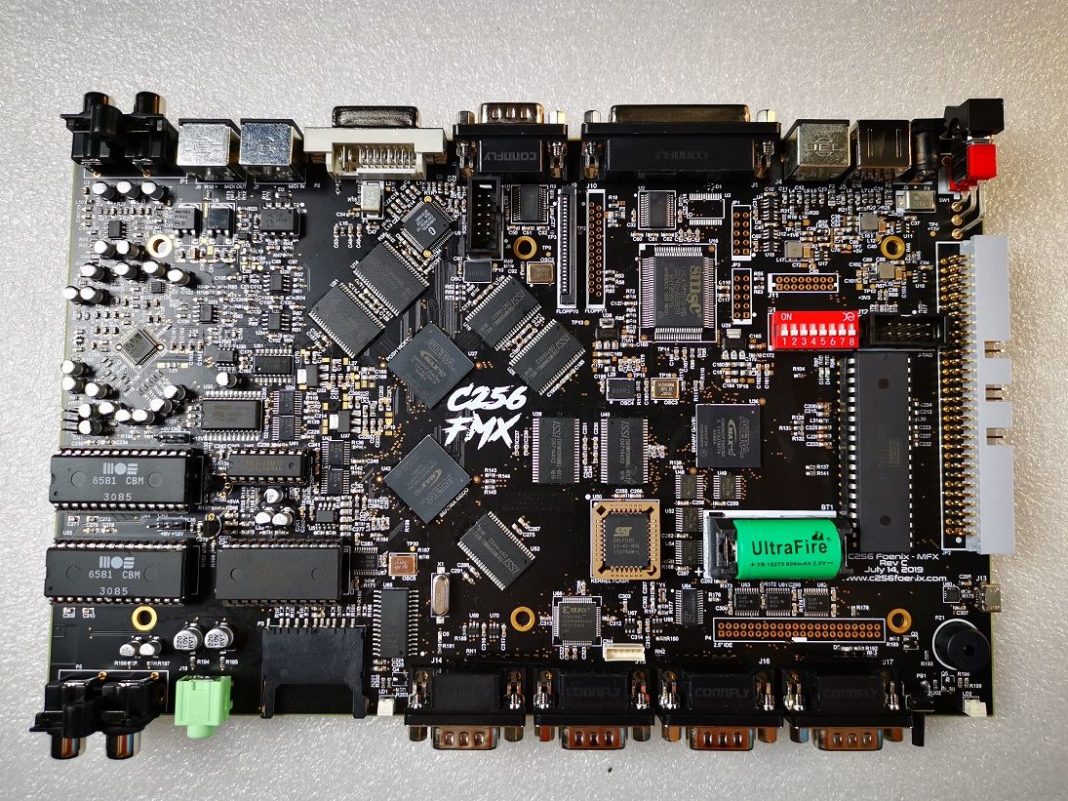 From the August 2019 Newsletter

Bring Up, Code Migration and Testing…

At this point, one board has been assembled, already some issues have been found. Some pretty critical, others, not so much. It was clear from the getgo that a final revision would be required considering that so many things changed and that the Schematic migration and major part change would induce new errors. Even with extra care, some errors got introduced from inattention or other reasons.

Besides, it is also part of the process to come across issues on the first run. Because it is, in reality, a new run altogether. I had to go through the same process from Rev A to Rev B0 then to B1 and to B2. Let’s just hope that Rev C1 will be the right one.

Now, the next few weeks will be about migrating the FPGA code from the 144PQFP package to the new 256BGA package. So it will be about transporting and modifying the code to fit the new connections, new parts, and new features. In the end, the migration will be a success when I can boot the computer the same way I am doing it now with RevB2. The second part will be to introduce new codes in each FPGA to support the new hardware. It will also be about writing new C816 assembly code to support and test the functionality of those new pieces of hardware. In the end, it is really about making sure that everything works as advertised and make the necessary correction if problems arise.

So, if everything goes well, I would expect to be able to respin the board in mid-August and to start shipping somewhere in September.

Now, even if I decided to bifurcate at some point to offer the C256 FMX which is really the high-end version of the platform. You have to understand that it is still my plan to offer something more affordable. You also have to understand that without volume it is very difficult to achieve cost that one would find reasonable in today’s world of retro and new retro.

But, the deal is, I am not trying to sell something to make money. I am not in the business of making money, I am in the business of nostalgia and people need to understand that and I think there is no real price tag for it. However, I do understand the reality of spending hundreds of dollars on a 14Mhz CPU system when you can buy a Raspi for 40.00. But again, I am not here to provide the latest and greatest in ARM processor system. Far from that.

So, the plan is from the moment the FMX version is final, a smaller, stripped version of the FMX will be designed and repackaged and put on the website for people who are more interested into a low-cost version. Now keep in mind, and this is very important, these 2 Models, the C256 Foenix and the C256 FMX are still both “Development Platform” which means that they have been designed to used to do software development. They have features that the USER version won’t have.

The User version will be the last model to come out, in April 2020 where the final, more high-volume/lower-cost version will be offered. In that case, this is will the model that will offer the same feature as the C256 Foenix dev model but more integrated and ready to be manufactured in greater quantity.

This is a demo Randy Rossi put together for the “new” C256 retro computer designed by Stefany Allaire. Project site: https://c256foenix.com

Piotr Meyer released his sample code to Github, so I had to try it on the actual hardware.

I babble about the machine language monitor I am adding to the code base for the implementation of BASIC for the C256. This demo is running on the actual Rev B hardware. The intention is that the BASIC implementation and the monitor will be included with the firmware of the C256 and will be the initial way users work with the system. Of course, things may change before then, so no promises.