From the November 2019 Newsletter

The road to finally have a fully functional board (still under testing) has been paved with numerous issues, trials, and tribulations. From the RevB2 that only needed to have certain issues fixed to the long process of migrating the Design from one software to another, the introduction of the FMX model and the usage of BGA are all part of the factors that made the arrival to this point a big pain in the butt. BUT! It did bring along a more fleshed out and more efficient design because it has forced me to reconsider my early choices and forced me to improve it.

The Rev C4 has brought its own set of changes. The Audio board has been removed, the addition of an extra connector was changing the load too much on the bus and on the clock thus by installing the board, the rest of the circuit was failing. You have to understand that the 65C816 timings are very finicky and the margin to get the bus to work perfectly is very small; even more so @ 14Mhz. I would not have had that kind of problem with a 68000, because it is not working on both edges of the clock.
Something else that the RevC4 will be remembered for was the integration of Beatrix and Gavin which led to the creation of GABE. The Rev C4 will end up being a 2 Chip system as opposed to 3. That will have the advantage to reduce the cost over time and it also has the impact of reducing the capacitive load on the bus assuring that we meet timings.

Unfortunately, there were some casualties. Even If I managed to find a way to drive all those Audio chips, I could not find the space to have all the Yahama and the 2 SIDs, so since the SIDs would have been somewhat redundant, then it made more sense to get those out. However, that should not stop anyone to create an expansion board with then in the future…

In 2 days, I managed to do more bring-up than any other versions. So far the testing is going very smoothly. However, my day job call for me to do some traveling which means that the testing will be halted for the next 2 weeks. I might be able to do some side stuff when gone but it will certainly give me a bit of time off since I have been working non-stop for the last 6 months on this.

When I come back I plan on assembling another board to make sure the success is replicable and finish the testing and proofing of the board. Then I guess I will start producing them and ship them. The December update ought to hold the answer to the question, is the RevC4 really the official C256 FMX?
(I sure hope so)

This is the work of the “Frenchguy”…

A tiny 2D graphics library for UI, for the C256 Foenix, running in the simulator.

This is the work of the “Frenchguy”… 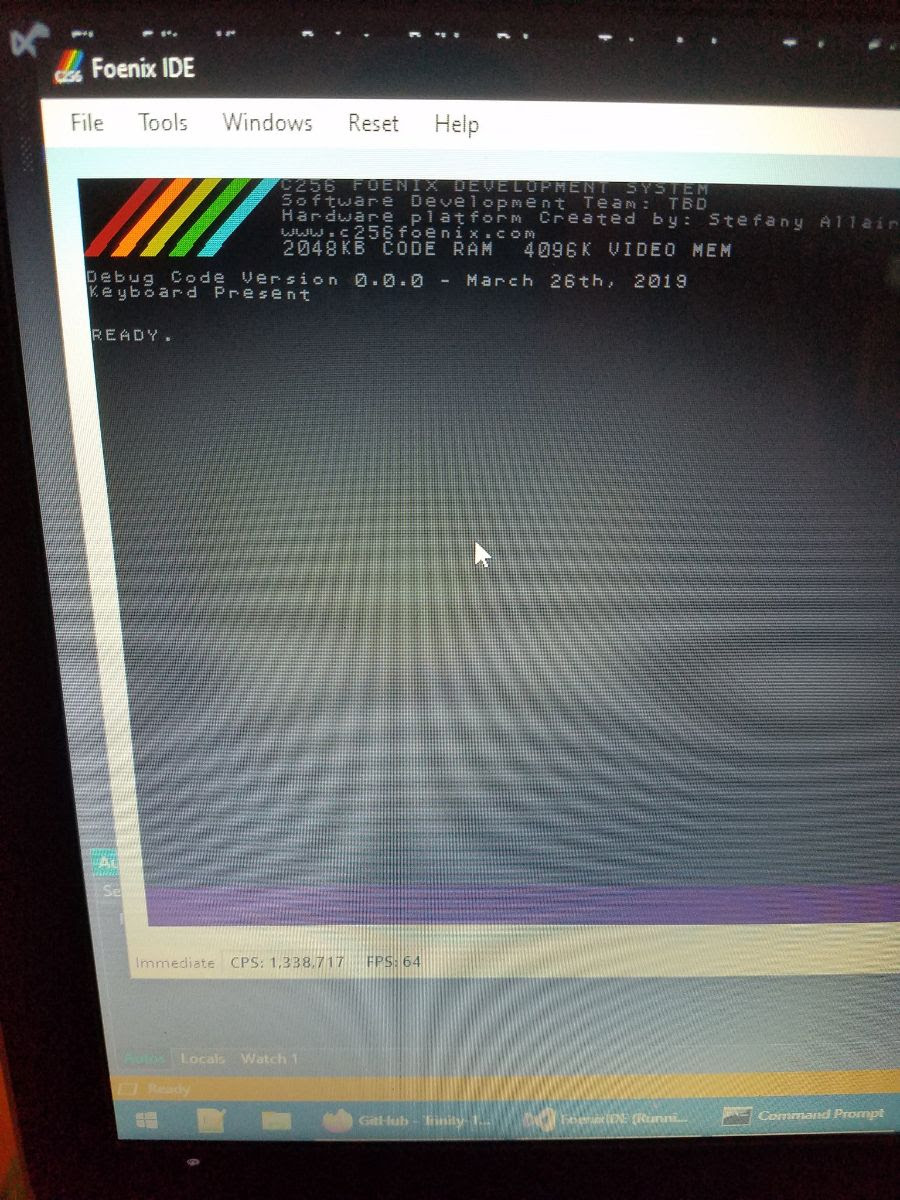 An exciting moment. I got kernel.hex compiler for the Foenix 256 emulator. I used a stable branch and ran hexassemble.bat
This is from @tterbo128 (Brett Owen) on Twitter

You can still purchase a C256 FMX, I have purchased extra components. So the delivery would be around December at this point.

When all the orders of the pre-sales are fulfilled, I will put some time into creating the smaller/compact and more affordable version of the C256 Foenix, I hope to be able to release it in Dec 2019.