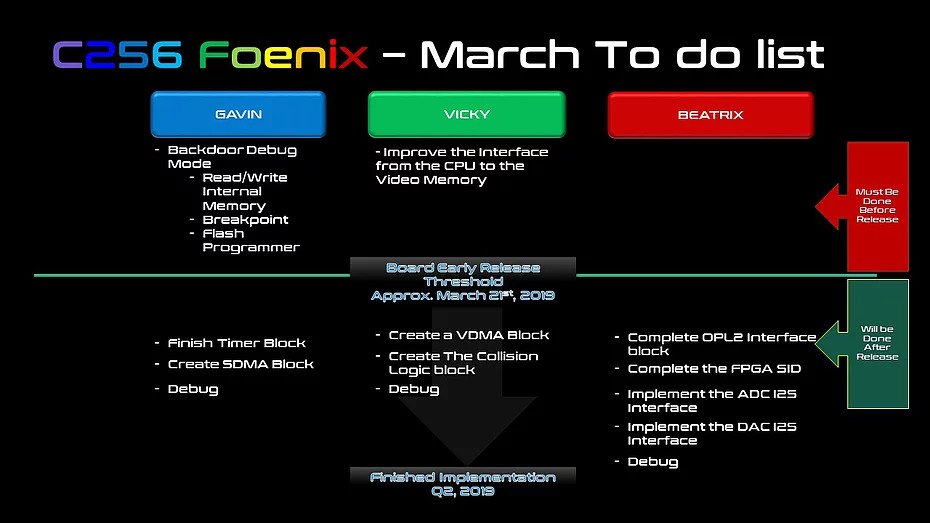 Stephanie is back with a new update for late Feb 2019. According to her progress she’s close to an early release and the list shown in the title graphic is all that remains to be completed. At this point she’s shooting for a pre-release in late April or early May and only debugging will remain during the pre-release time.

Stephanie has also released two new C256 Foenix video tutorials. The first module is on the C256 Foenix System Architecture and the second video module is all about memory mapping in the new C256.

As always enjoy and leave any feedback you might have on the C256 Foenix Project Forums.