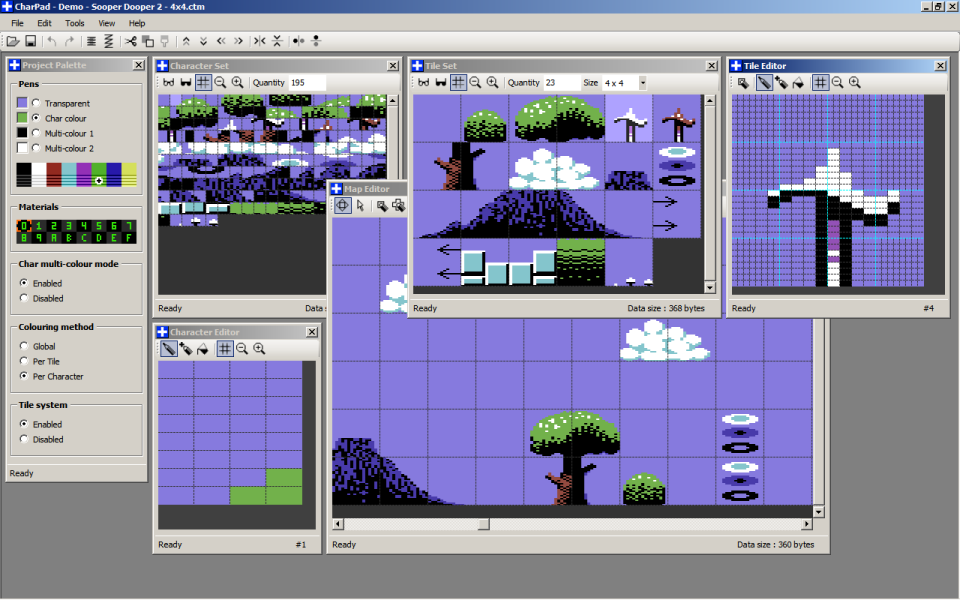 The latest edition of CharPad v2.3.0 has just been released for Windows/.NET 4.0. Some info about the software below.

Some of the improvements and changes in the latest version…