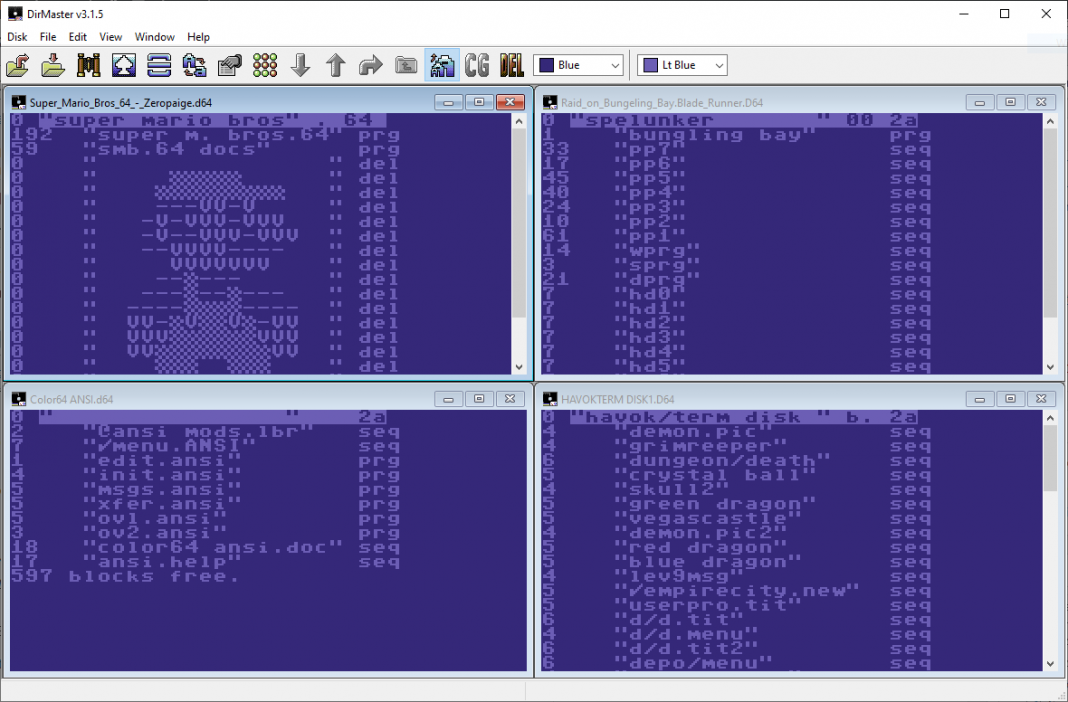 The latest update to DirMaster, v3.1.5, has been released. There are no new features in this release, only bug fixes.

Issues reported by users that were resolved in v3.1.5:

Issues resolved due to user interest in v3.1.5:

DirMaster has supported 40 track disks since v3 in a limited read-only manner. Some users (most recently, hedning/G*P) expressed interest in better support for 40 track .d64; in response, v3.1.5 resolves these issues, with more features likely in a future version:

Thanks to all who made an effort to submit bug reports and feedback. If you sent a bug report and don’t see it addressed here, don’t worry, it’s in the queue.