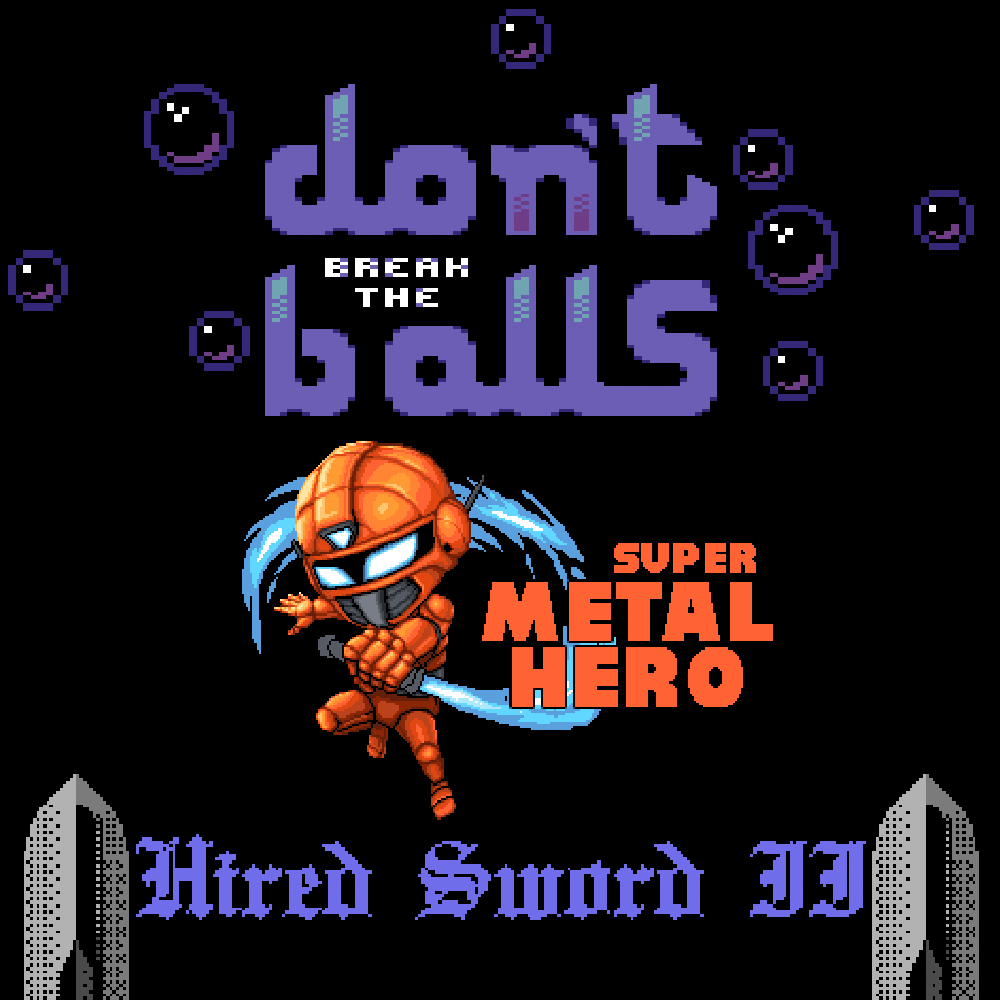 Hired Sword II for the Commodore 64

Hired Sword II is a top down RPG that is clearly inspired by the classic Ultima series of games for the C64. The game lets you explor the continents of Kadazanos and Glammorill through 20 maps and 9 dungeons to find the elf, Ekaterina. Weapons and armor are randomly generated via thousands of combinations.

The game will be released in March 2020 for the C64 in both Boxed and Digital formats.

Don’t Break The Balls for the Commodore 64

This game is part action and part puzzle for 1 to 2 players. Game options include co-op and duel. While controlling a fan you need to keep the bubbles up and prevent them from popping. The fan will need to be recharged every so often on the side of the screen, which of course leaves your bubbles unattended.

The game will be released late in 2020 for the Commodore 64 in both Boxed and Digital formats.

Super Metal Hero for the Amiga 1200

Super Metal Hero is a side scrolling shooting action game chock full of shoot’em up levels.

The game will be released in late 2020 for the Amiga 1200 (with 030 accelerator and 4MB of Fast RAM) in both Boxed and Digital formats.