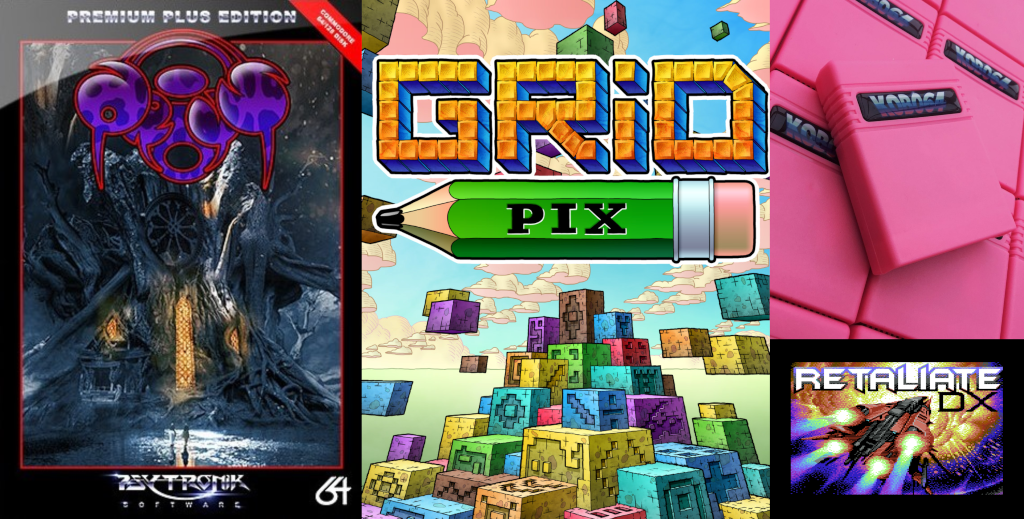 RetroGamerCD has recently announced they will be bringing 4 new C64 cartridge games out. It should be noted that not all the games are now, but they are appearing on cartridge for the first time.

The first two games announced are Retailiate DX and Grid Pix which have full write ups on the RGCD Blog. Later on Twitter RGCD accounced KOBO64 which has been around since about 2013.

Last but certainly not last is a modern remake of the Psytronik game Argus. You can learn more about it and obtain a downloadable version if you don’t want to wait for the cartridge here.