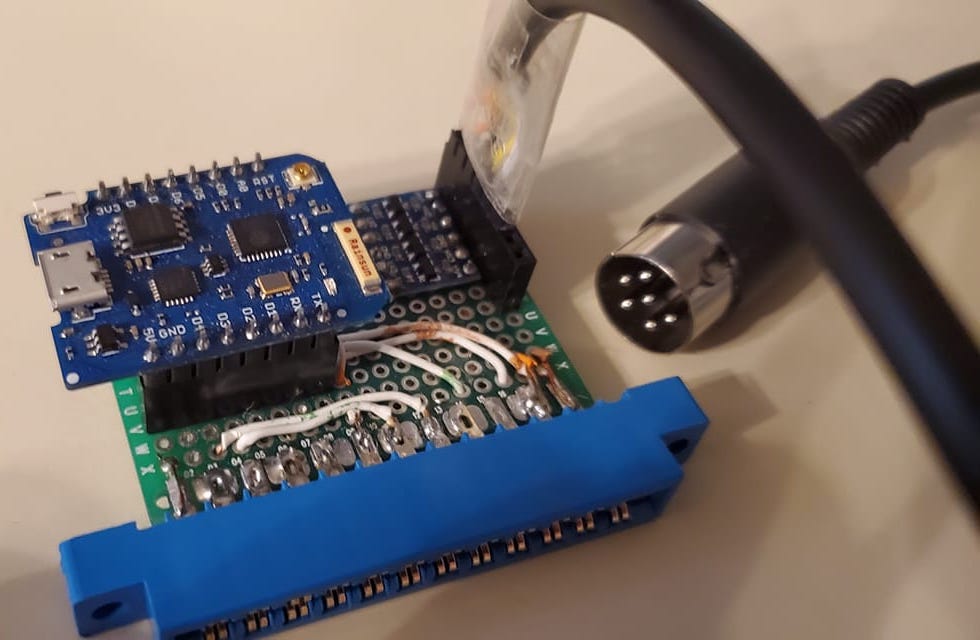 The Meatloaf64 is a forthcoming device being developed by James Johnston. What is the Meatloaf64? The device is kind of like a Swiss army knife for your Commodore 64. First it’s a WiFi Modem and second it’s an IEC Serial Drive multi-device emulator. What’s a IEC Serial Drive multi-device emulator? I think the best way to explain that is to check out the video below to see it in action.

Key features of the Meatloaf64 will be:

While the device is not forsale yet, you can also build a beta version of your own if you’re comfortable doing this types of projects on your own. All you need components, schematics and firmware can be found on Jame’s GitHub page. You can find the link listed at the bottom of the article.

ABOUT US
After 28 years the Oasis BBS has returned. Telnet Address: oasisbbs.hopto.org:6400
FOLLOW US
© 2021 TheOasisBBS.com. All Rights Reserved
Go to mobile version
X