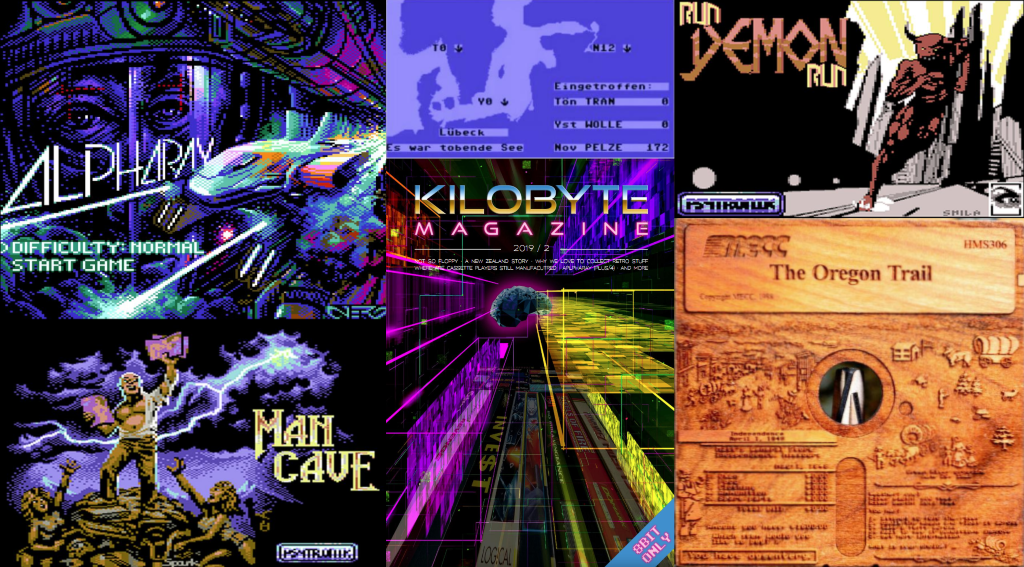 The second issue of Kilobyte Magazine for 2019 has arrived. Kilobyte Magazine is a fanzine for 8bit enthusiasts. It covers consoles, computers, handhelds and more, as well as new games for old systems. If you grew up with Commodore, Atari, Sinclair or Amstrad, this magazine is for you.

This editions feature article is an interview with Joey Sacco who’s recreating pixel perfect scenes from the Oregon Trail into wood etchings. They’re really cool looking and he sells them via his website.

There’s also an excellent article on a clone Atari 2600 unit called the Silver Star that originated from New Zealand back in the day.

Additional articles and columns await as we as game reviews for Man Cave, Run Demon Run and AlphaRay.