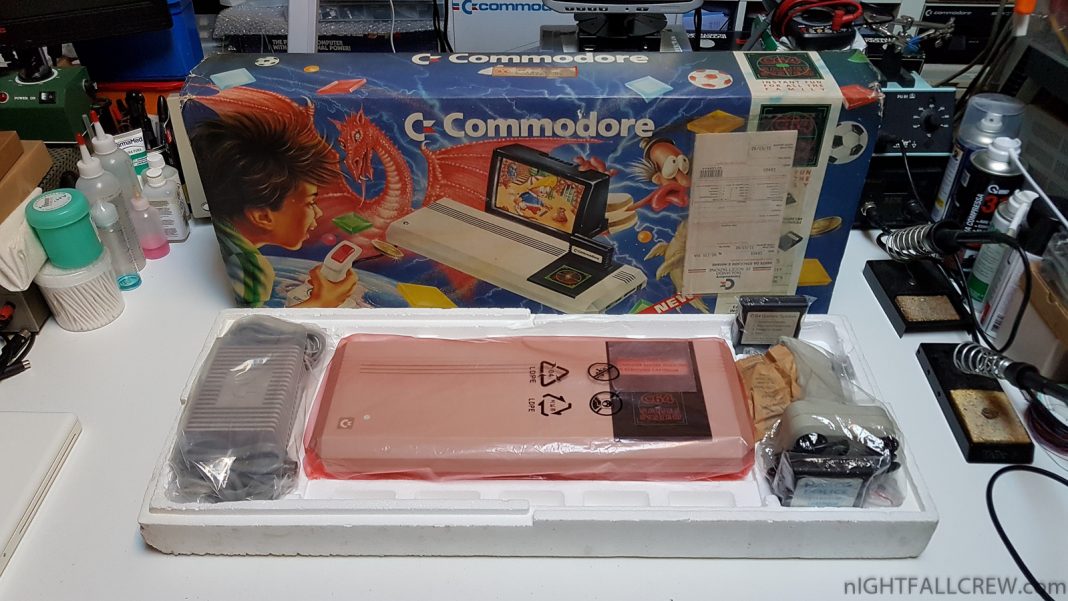 xAD from the Nightfall Crew website has recently come across one of Commodore’s biggest stinkers, the Commodore 64 Gaming System. What is that you ask? It’s basically a C64 minus the keyboard and some other missing features.

One of the biggest fails of the C64GS is what we already mentioned, the lack of a keyboard. There’s plenty of games for the C64 however most of them rely on the C64’s keyboard in order to interact with the game. So almost no software publishers supported the C64GS.

Another big fail here is the fact that this console was launched in 1990 while the C64 was released in 1982. There was no way it could compete with the consoles of the time like the Super Nintendo.

Reports are that there were only 5,000 to 10,000 C64GS’s produced and most of them were for European market. Apparently the development was done extremely fast for the 1989 Christmas sales season.

Be sure to click on the link at the bottom of the article to check out the photos of the C64GS. Enjoy!