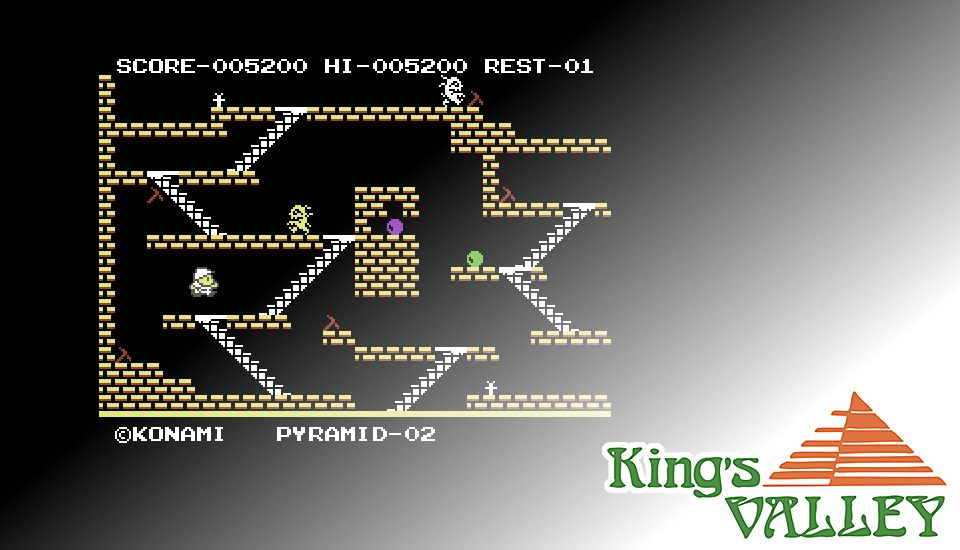 Psytronik Software has just announced that they are going to be releasing Kings Valley C64 in association with RE.BIT Magazine. The game was previously released for the ZX Spectrum back in 2009 and now is finally going to receive a release on the Commodore 64. The conversion is being made by Fancesco Ugga and Mario Morra. Currently there’s no release date however Psytronik reports that it will be released soon. 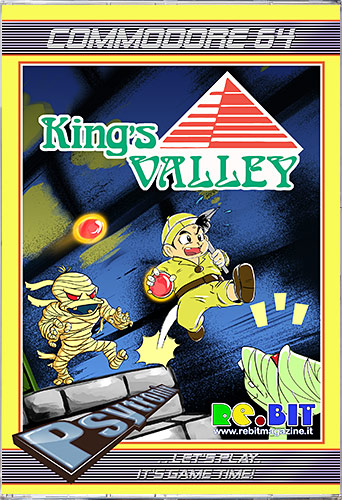 … When Ancient Egypt was at the height of her glory, the great kings and pharoahs would build hidden tombs far away in a secret place in the depths of the mountains to foil grave robbers. From earliest times until the present day, the land has been rife with skillful grave robbers – some even posing as legitimate archaelogists – all after the luxurious burial artefacts and famed treasures that the pharoahs and their families entombed with themselves.
Vick, the notorious English adventurer from Manchester, has gone to the Valley of the Pharoahs in search of the Mystery Jewels. He is betting his skills against those of the wisest minds of ancient egypt.
Will he be able to solve the riddle of the stone burial crypts???