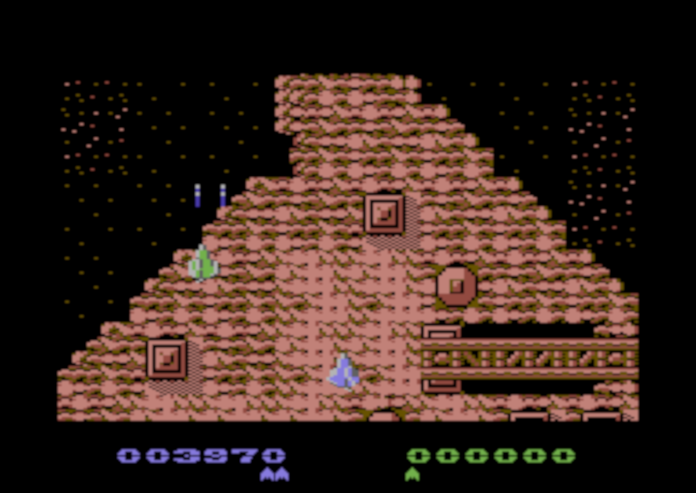 Another SEUCK Compo 2019 entry has hit TND HQ this weeken. This time it is a futuristic space blaster by VG VOX called Protox-1. This is a nice vertical scrolling shoot ’em up, in which you play the role of Captain John Rostar, who has accidentally transported himself into a parallel universe. Now he has to face a hostile world full of alien and giant reptiles. Luckily help is at hand. You must pilot John’s squadron ships, through the alien infested planet. Locate and destroy the main androids that are controlling the alien world.