Sidekick64 is a versatile cartridge/expansion for the C64, C128, and the C16/+4. It uses a Raspberry Pi 3A+, 3B+ or Zero 2 (only for C64/C128) to emulate memory expansions, sound devices (up to 8 SIDs, SFX Sound Expander, MIDI), freezer cartridges, cartridges such as Easyflash/GMOD, kernal replacements, C128 function ROMs and many more. Some functionalities can be combined with others, e.g. kernal replacement plus freezers or GeoRAM expansion. The Sidekick64 handles among others PRGs, D64, SID files and also integrates tools such as Disk2EasyFlash, PSID64.

Its functionality is entirely defined by software. The connecting circuitry is quite simple and does not include any programmable ICs and is thus easy to build. A more complete list of currently implemented emulations/features includes 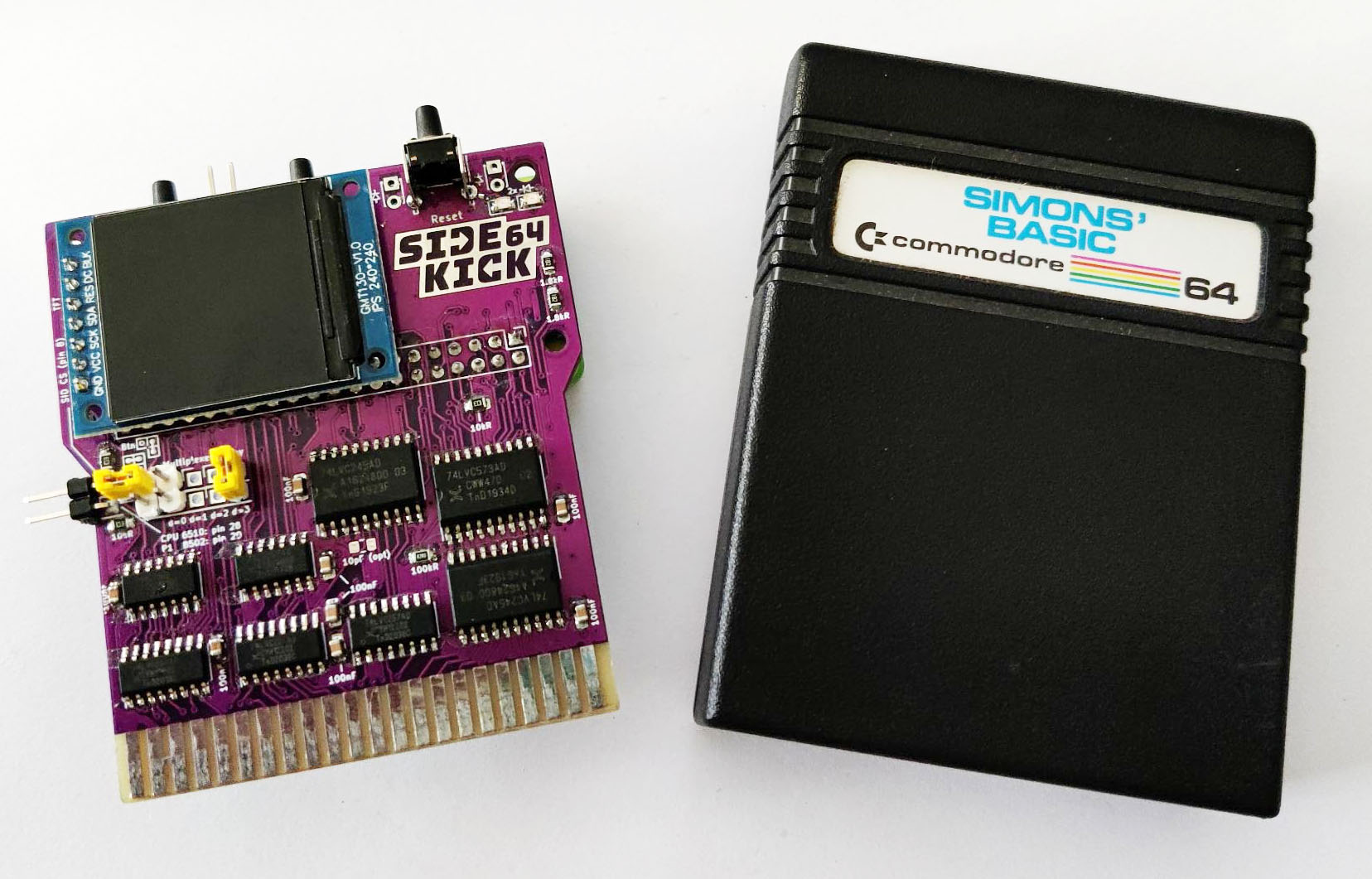 The Sidekick64 software provides a main menu for frequently used features, programs, cartridges (either configured manually or created from a folder of favorites on the SD card), a configuration screen, and a file browser. The menu can be customized (entries, layout, color schemes, font, animation). It also autodetects and interoperates with a SIDKick if present. The C16/+4 version comes with two fabulous games ported to run directly off the emulated memory expansion: Alpharay and Pet’s Rescue! Here’s a video of Sidekick64 emulating SIDs and playing Electric City by Flex.

If you want to build your own, check out their page on GitHub.