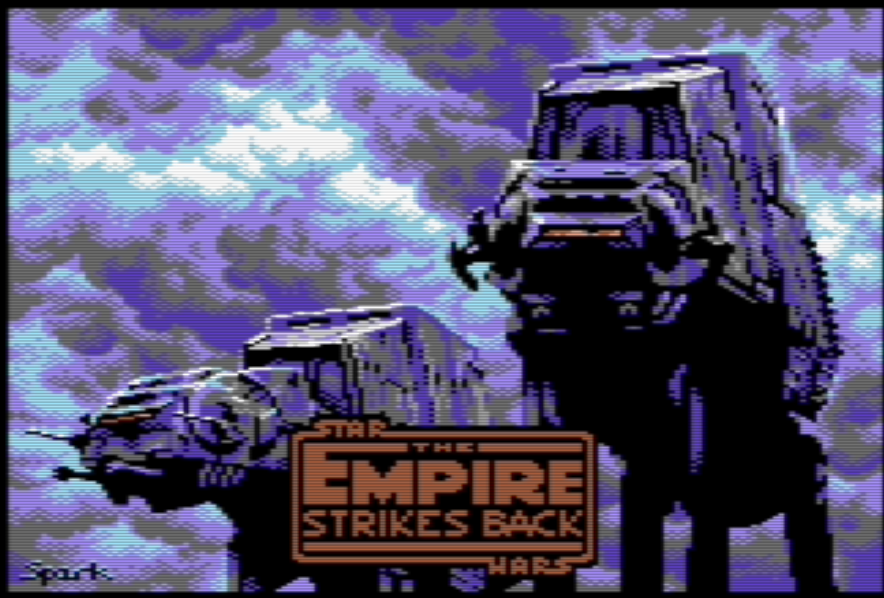 In 1982 a popular board game company called Parker Brothers decided to toss their hat into the Atari 2600 video game pool. The company had long been known for games such as Monopoly, RISK, Clue and Sorry! What were they doing making a video game? We were about to find out. Their first release was none other than the classic The Empire Strikes Back cartridge for the Atari 2600 in 1982 and later in 1983 on the Mattel Intellivision.

So what’s changed in 2022? Just about everything. Megastyle, a modern C64 developer, has released its own free version of The Empire Strikes Back based on the original Parker Brothers game. This game has significant graphic improvements along with some additional enemy vehicles like the AT-ST and Probe Droids. Last but not least, a true end sequence that was not in the original game. Read more about it below.

Back in 1982, The Parker Brothers  released their first game, The Empire Strikes Back. The game was available on two popular gaming consoles at this time, the Atari 2600 and the Intellivison. The gameplay was pretty much the same on both machines, you flew the snowspeeder around on the planet of Hoth and fought huge AT-ATs. The Parker Brothers did create a game for the C-64 in 1983, but it was more similar to the vector game you could play on the arcades, and it did not have the name “Empire Strikes Back” in the title.  In 1988 the C64 game distributor Domark did release a game called “Empire Strikes Back”, programmed by the developers in Vektor Grafix.  This version was also based on the Arcade version.

40 years later…
40 years after the Atari and Intellivision games were released, Megastyle is now proud to present to you: The Commodore 64 fan version of the original Parker Brothers game “Empire Strikes Back”. We have tried to remake the Atari 2600 version into a Commodore 64 version, but also added our own touch to the game. In this version, you have to protect the rebels power generators from the walkers – just like in the original Parker Brothers game. But on a the Commodore 64 you will have to survive 8 levels and face new enemies not seen in the Atari version. We have added cut scenes between each level, and if you are good enough you will reach the end sequence!

We hope you enjoy this free C64 game just as much as we enjoyed making it!