The Wild Wood! is a game originally announced back in Dec 6th of 2018 by Hend of Protovision. At the time it was being called “The Wild Woods” and a couple of screen shots were posted on the Lemon64 forums and over at the CSDb. 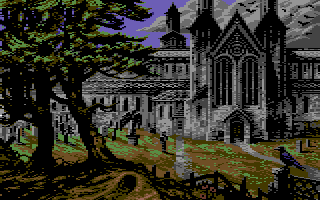 Flash forward 4 months later to March of 2019 and Hend has a new update announcing a name change to “The Wild Wood!” and that the game is in full production with 3 coders working on it. The development team is:

The sysnopsis of the game is as follows:

Help navigate young Hare on his adventure into the the heart of the Wild Woods! Across moonlit fields and through Ancient Ruins, underground into Cavernous Warrens, explore magnificent Cathedrals, creepy Graveyards and venture deep into the Ominous Woods themselves!

On his journey he will face huge multi-directional platform levels, fast paced horizontally scrolling sections, big bosses and much more.

“We aim to make it the best modern game ever produced for the C64. Containing graphics of a level not seen before on your humble commie and a fully immersive soundtrack, all smoothly put together by our top team of coders! A joy to watch, listen to and play.

It will be squeezed into every byte of a 500k cart and be accompanied by beautiful artwork and superior quality presentation. Production time is currently predicted at 12 months, but things are coming together rapidly!”

Last but not least there is two new images from the forthcoming game. 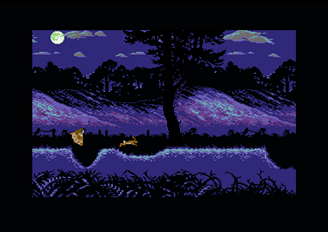