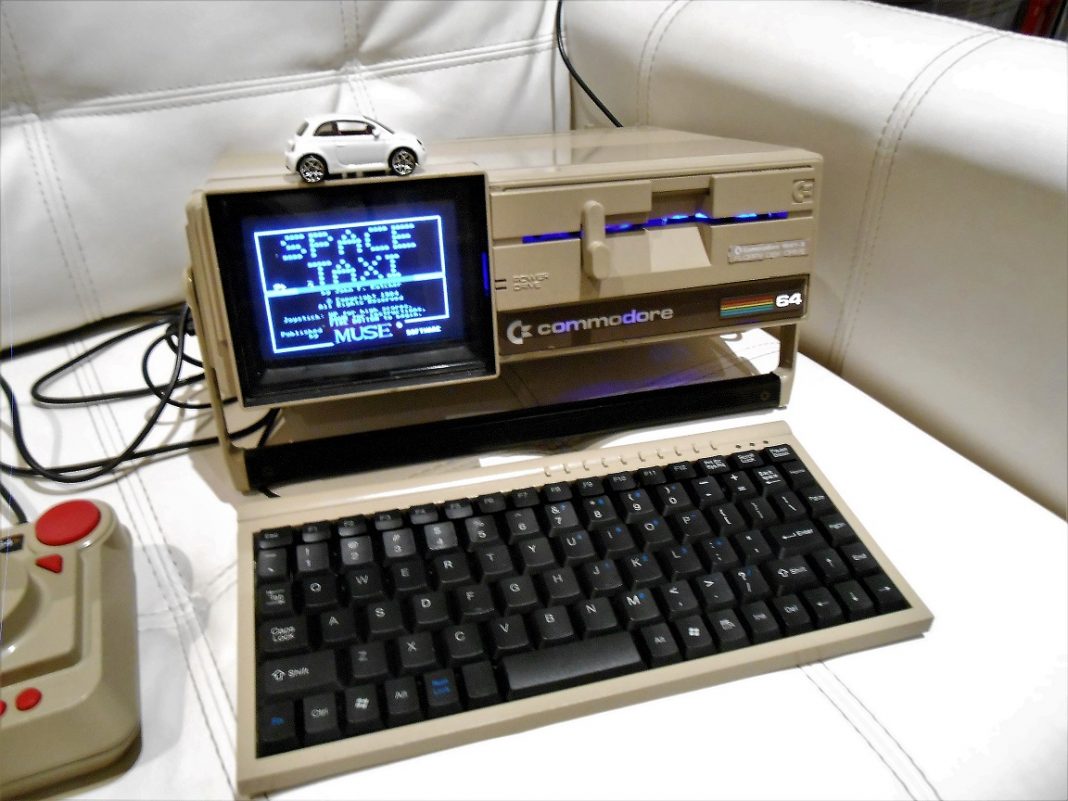 The first one he built is bread box tan and he refers to it as a Portable Commodore 64. The case features the 5 inch color monitor as well as a simulated floppy drive on the front with a intererior light. I don’t have any infromation about the hardware internals yet but best guess is it’s a Raspberry pie with a USB extension. The Portable C64 has the following features.

The second one John built looks more SX-64 than the first one. He named it the CX-64 but tends to refer to it as the Baby SX. It appears to boast the same features as his previous Portable Commodore 64 with the addition of a working cartridge port.

At this time it doesn’t look like there’s going to be a kit though you never know. Both are fantastic and John is also working on a slimline almost tablet based version of a C64 as well with a connected keyboard. I’m looking forward to seeing more of his work.

If you’re interested in seeing more SX-64 Repairs and Modifications I suggest taking a look at the Commodore SX-64 Enthusiasts Club on FB. Lots of good stuff in there. What do you think about these custom systems? Let me know in the comments.