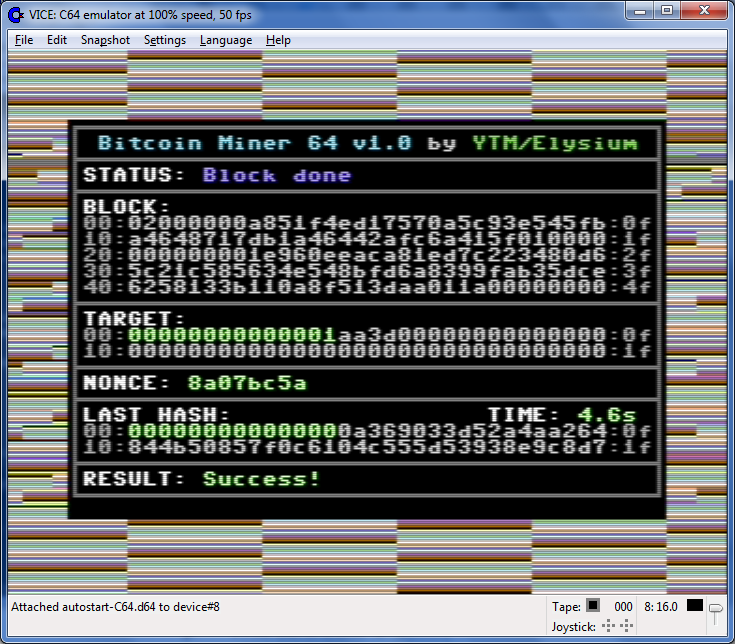 Software developer Maciej Witkowiak has written code that lets you mine Bitcoin on a Commodore 64. The code is available for download on developer file-sharing platform GitHub.

The developer estimates that the 1982 vintage computer would produce a hash rate of 0.2 hashes per second. In comparison, a modern-day ASIC miner like the Antminer T19 crunches hashes at a rate of 84 terahashes per second. That’s one trillion hashes per second. So it’s unlikely that the C64 miner would have a chance at ever mining a single Bitcoin block.

For more information read the article linked below.