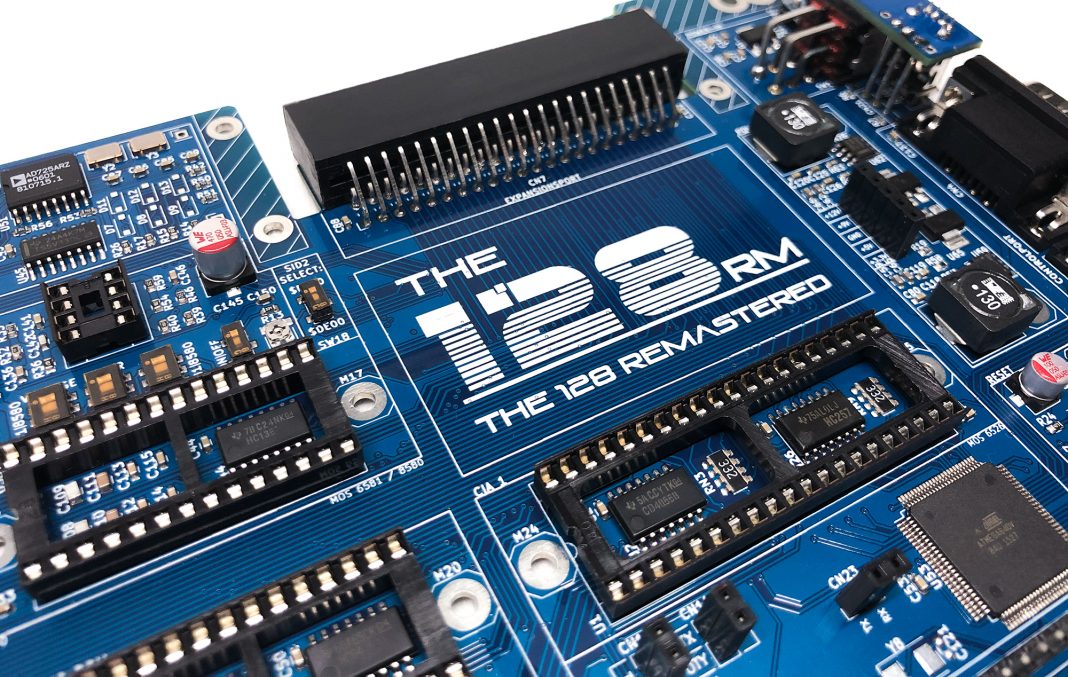 The128RM website has updated today with the following informaiton. You can now pre-order The128RM for €259.90. Per the site:

In addition there is an excellent interview with the developer Peter Reichenbach in the Scene World Podcast #47.

THE128RM is a massivly reduced size of the 128 8bit computer. It is designed for the slim size case and packed with everything what you needed.

The board is compatible with 2 SID-Chips. You can also select between 6581 or 8580 and route signal or poti signals to the suggested chip.
Each SID has its own AMP. It is protected agains overtemperature and current overloads. This Amp is suitable for telephony, audio, and servo applications.

The128RM has its own PAL/NTSC clocks. TOD or the VIC-Chip (also the videoconverter for the VDC-Chip) is switchable between regions.

Almost every pin is marked with an “PIN number” and a “PIN name” at the backside, to easy find correct pins for future mods.

The Color-RAM’s  higher 4bit is not anymore pulled high and it is possible to access via software.

The power supply accepts any DC voltage between 5-36VDC, that is above 3A or more. The Input also protected against reverse polarity protection.
Each logic IC have an operating voltage of 2-6VDC.

The internal output allows you to connect to the following powersources:

You need the following chips to run the computer: