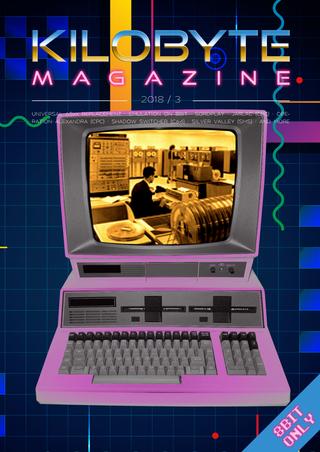 The latest edition of Kilobyte Magazine has been released. Kilobyte is a magazine that focuses on 8bit computers from the 70’s and 80’s and this issue has it all. Feature articles in this edtion include the ‘Art of floppy disk covers’ as well as the ‘Emulation on 8bit machines’.

There’s also an article on the Sord M5, a computer console that got lost in the shuffle back in 1982. Last but not least there are Commodore 64 game reviews for L’Abbaye Des Morts, Aviator Arcade II,  Shadow Switcher and Portal. Realms of Quest V for the VIC20 is also reviewed.

Kilobyte Magazine is free to read however if you would like to support them they do have a Patreon page available as well. You can also follow them on Facebook and Twitter as well.

ABOUT US
After 28 years the Oasis BBS has returned. Telnet Address: oasisbbs.hopto.org:6400
FOLLOW US
© 2021 TheOasisBBS.com. All Rights Reserved
Go to mobile version
X